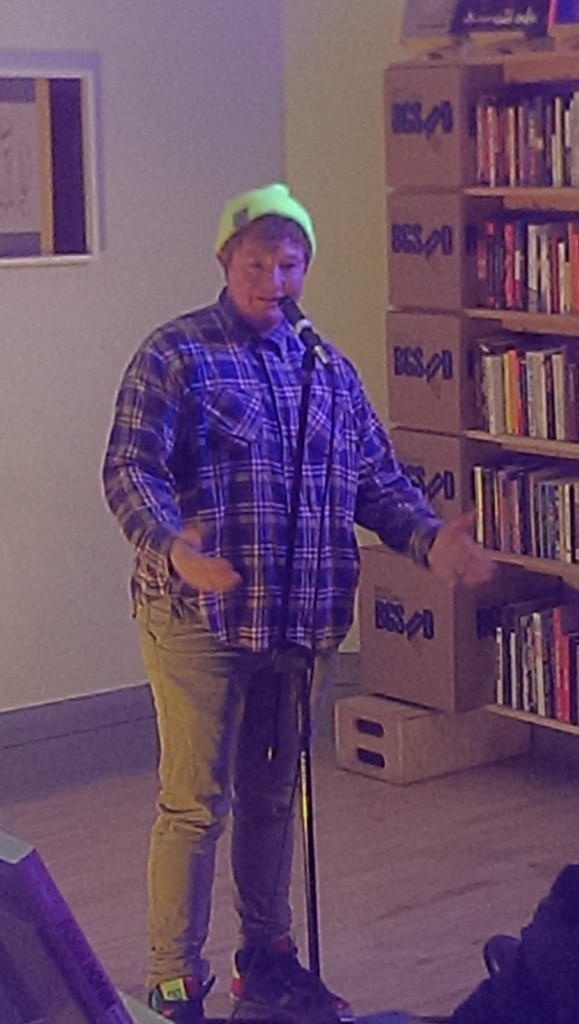 Becca Blackwell TELLing their amazing story about visiting a relative in prison.

Drae curates, hosts and produces TELL which is a monthly queer storytelling event. Each month TELL seeks to create space for queers to tell a story on a specific theme. The first TELL featured stories on the theme of MAGIC!

TELL boasts a formidable list of who’s who of amazing people from the NYC LGBTQ Community.

” hosted by Drae Campbell, the event is an opportunity for queer people to take back the autonomy and agency over their own narratives by telling their own stories and sharing in the stories of others in the community. An ongoing event, each installment of the TELL series is slated to feature an individual theme and a different group of storytellers. ”

When Elsa Waithe appeared for the 2nd time at TELL, her hilarious and amazing story was recorded and landed her and TELL on This American Life.  Here is that episode which was titled “The Heart Wants What It Wants”

Here’s Elsa and the whole group from that night: 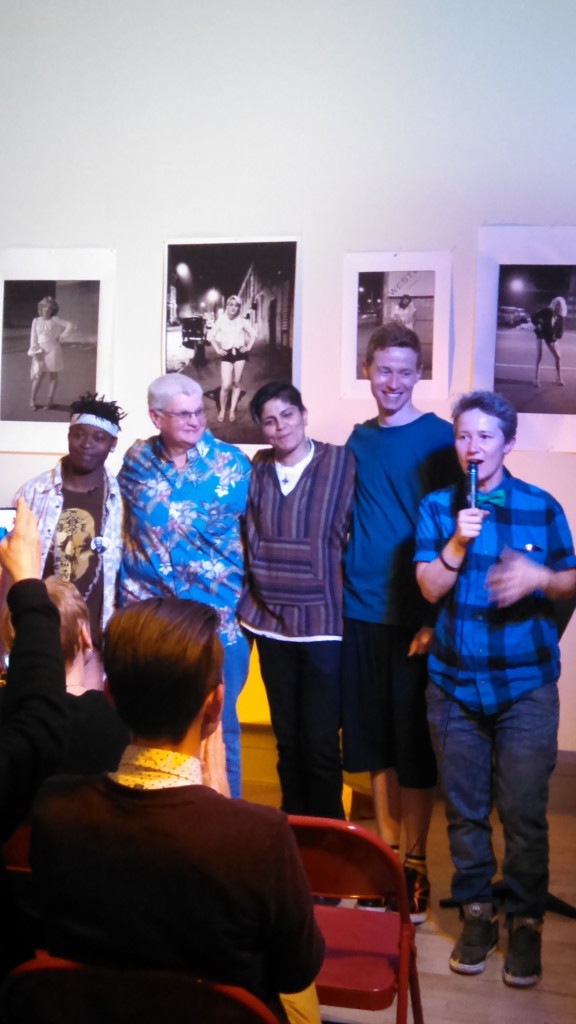 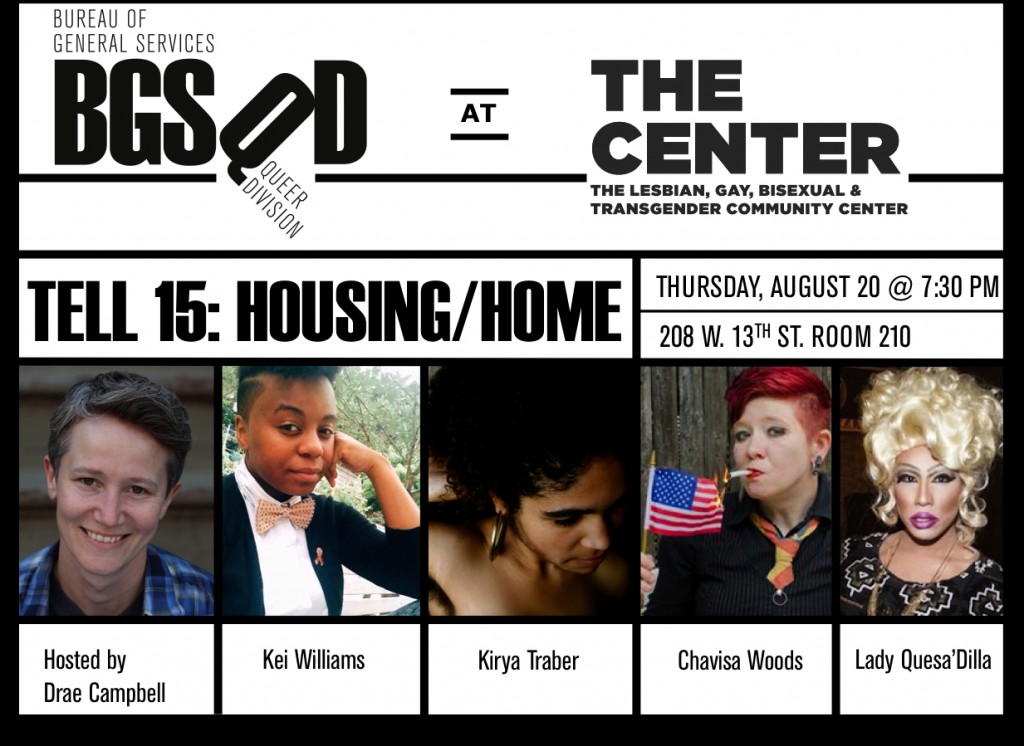 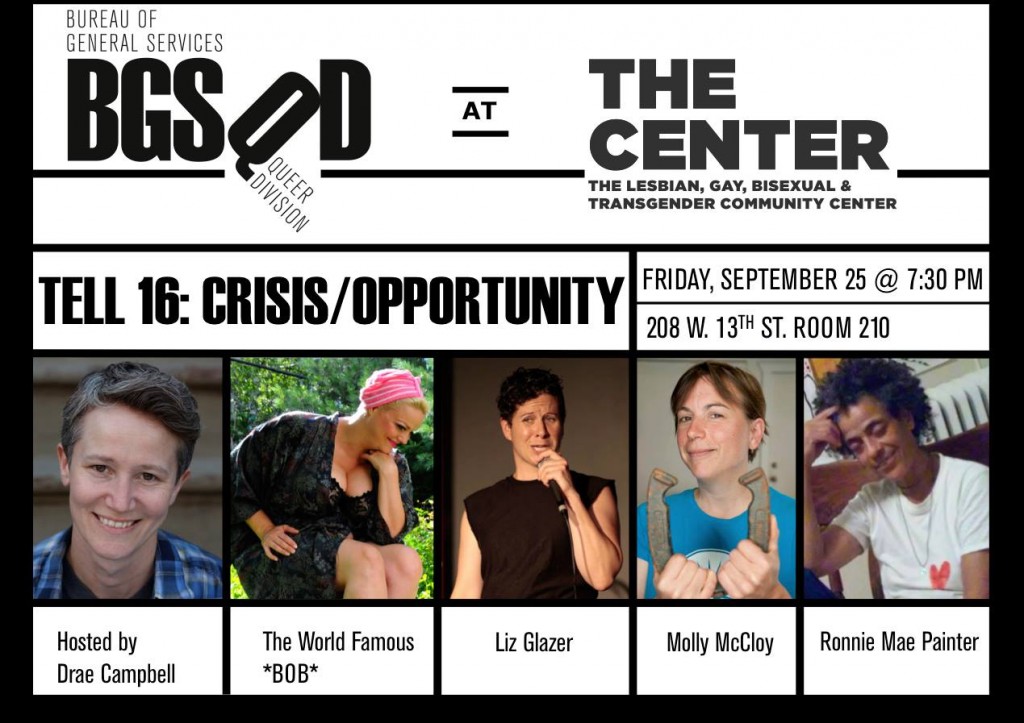 Here is Foxy Squire at the first TELL!