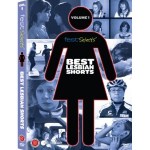 You Move Me is now available for purchase on Amazon.com. For more information and to get your copy of Drae’s award winning short film please visit: http://www.amazon.com/dp/B004NEF9FU/ref=cm_sw_r_fa_dp_jGbFnb0J6R54Q